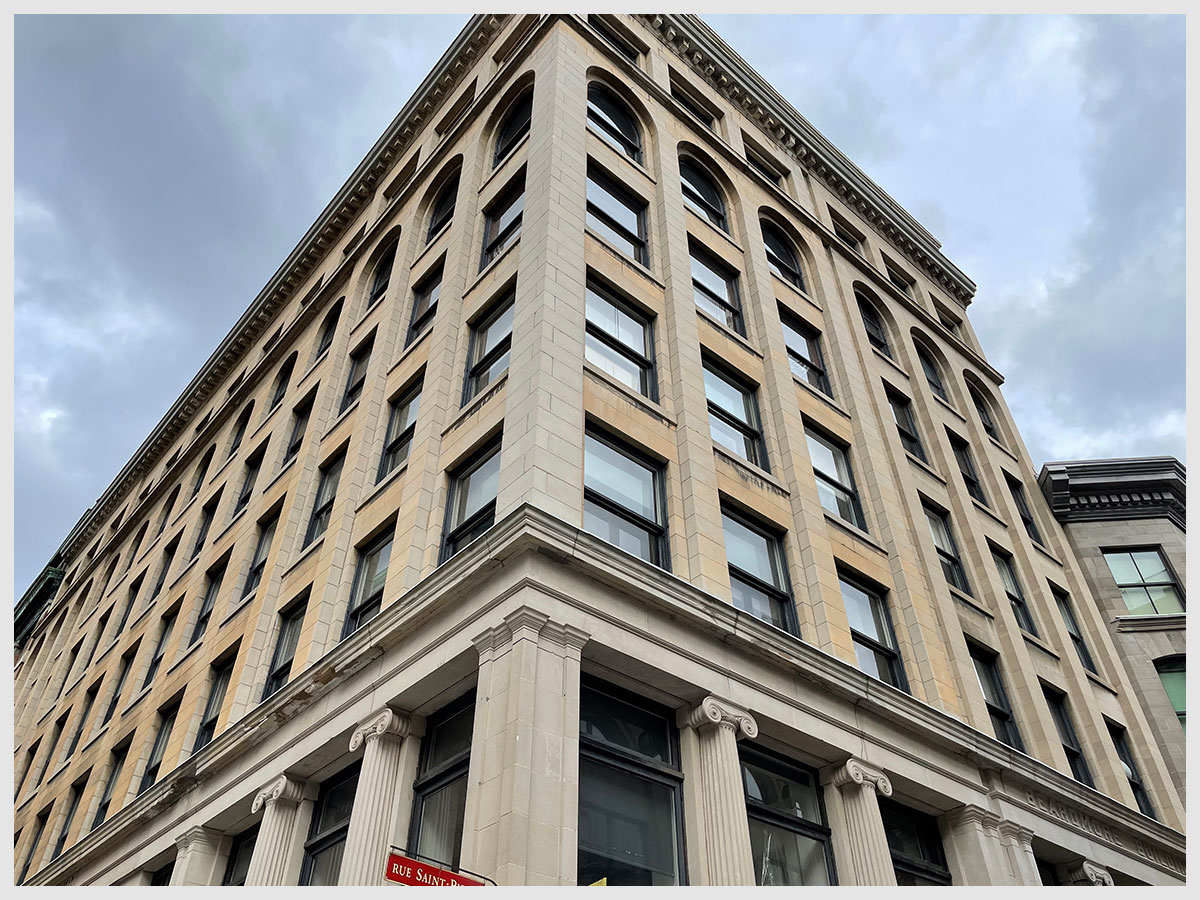 Multi-Graf, at 417 Saint-Pierre Street, a little bit of history…

Saint-Pierre Street is one of the first streets in Ville-Marie. In fact, it is mentioned on plans dating back to 1672. It is on this street that we find the remains of the old Montreal General Hospital which was built between 1665 and 1704.

It was two centuries later, in 1902, that the Beardmore heritage building at 417 Saint-Pierre Street was built from plans by architect Howard Colton Stone and expanded between 1910 and 1912. The building housed the Ontario firm of Beardmore & Co on the ground and second floors, while the other floors were occupied by import companies.

The building then changed ownership several times, and in 1990, its vocation was completely transformed to make way for restaurants and a large number of businesses related to the communications sector.

It is therefore inspired by this history that Multi-Graf will establish its offices in July 2021. The offices will be located on the 7th floor with a view of other inspiring historical buildings. The building and our offices will retain the charm of its original materials, including the warm and old red brick walls. We are proud to welcome you to these spaces that have stood the test of time with so much character and that will undoubtedly allow us to do the same.

Subscribe and receive points on all your purchases at Multi-Graf.

Every dollar spent gives you 1.5 points. 100 points gives you 1 dollar discount. This equates to an interesting 1.5% discount on all your purchases before taxes. In addition, we will regularly offer bonus points on selected products.